Written by Angela
Updated this week

When a user in the submission portal replaces an assembly, Syncta creates Suggested Changes after the assembly is saved; one for the old replaced assembly and one for the newly created assembly. The following process shows water purveyors how to review suggested changes for an old assembly and the new assembly that replaced it. 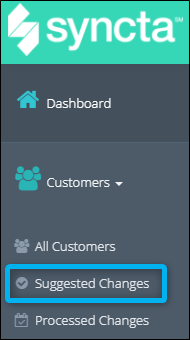 2. If you want to filter Suggested Changes by testing company, select an option from the dropdown list at the top of the page, and then click Filter. 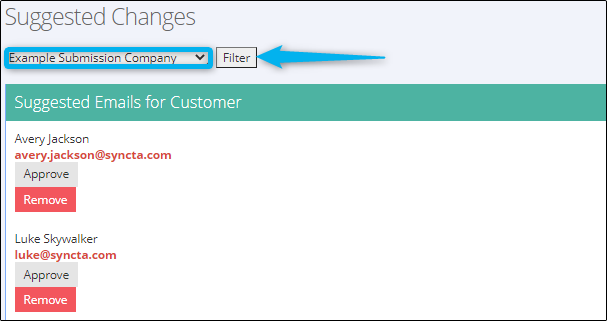 3. Review the record of the new replacement assembly, and then check Accept or Reject. 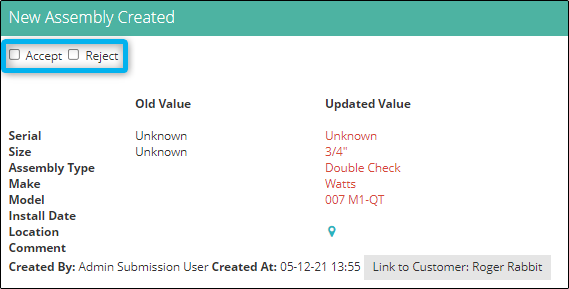 NOTE: To see information about the old assembly that replaced this one, click the blue Serial link.

4. Review the record of the removed assembly, and then check Accept or Reject. 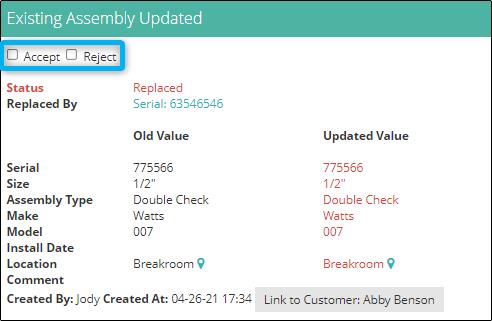 NOTE: To see information about the new assembly that replaced this one, click the blue Serial link.

5. Click Process Changes at the bottom of the page.

6. One the following occurs:

See our article about viewing suggested changes after they have been processed to learn more.

Did this answer your question?